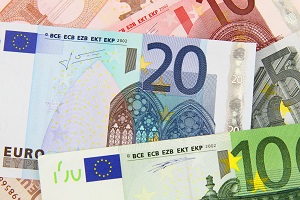 
Gross Domestic Product (GDP) in real terms registered a year-on-year rate of change of 15.5% in the second quarter of 2021 (-5.3% in the previous quarter). This evolution is influenced by a base effect, as the restrictions imposed on economic activity as a result of the pandemic were felt more intensely in the first two months of the second quarter of 2020, leading to unprecedented contraction of economic activity.
The contribution of domestic demand to the year-on-year rate of change of GDP was positive, while net external demand had a nil contribution. It should be noted that in the second quarter of 2021, in year-on-year terms, there was a loss in terms of trade, with the behaviour of the import deflator being largely influenced by the pronounced increase in the prices of energy products.
Compared to the first quarter of 2021, GDP increased by 4.9% in volume, more than offsetting the negative rate of change (-3.2%) observed in the previous quarter. This evolution reflects the economic impacts of the pandemic, as there was a general confinement at the beginning of this year, followed by a plan to gradually reopen the economy as of mid-March.
This result is explained, to a large extent, by a highly positive contribution of domestic demand to the quarter on quarter rate of change of GDP, after the negative contribution in the first quarter. To a less extent, it is also explained by the less negative contribution of net external demand in the second quarter of 2021.