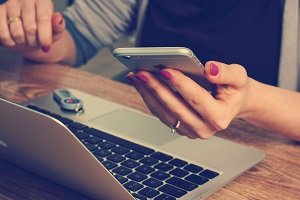 
The Inquérito às Despesas das Famílias 2015/2016 (Household Budget Survey/HBS series) definitive data show that the total annual mean consumption expenditure per household living in Portugal was €20,363, €28 less than the one estimated in 2010/2011 (€20,391). Overall, the three main components of household expenditures (housing, food and transport) accounted for about 60.3% of the total annual mean consumption expenditure of households in 2015/2016, i.e. up by 3.3 percentage points (pp) from the beginning of the decade (57.0%).
The total annual mean consumption expenditure of households with dependent children (€25,254) was about 44% higher than that of households without dependent children (€17,494).
By region, only the total annual mean consumption expenditure in the Área Metropolitana de Lisboa (€23,148) exceeded the national average (€20,336). The lowest value was 16 856 €, in the Região Autónoma dos Açores.
According to the HBS 2015/2016 results, the total income  based at-risk-of poverty rates for the Região Autónoma dos Açores and for the Região Autónoma da Madeira were higher than 20% in 2014. These two regions, along with the Área Metropolitana de Lisboa, were also those where the inequalities of income distribution were higher than the national average.
Non-monetary incomes in 2014 had an "equalizing" impact, contributing to the mitigation of poverty and social exclusion. This type of incomes, which correspond to self-consumption, owner-occupied housing and income in kind, accounted for 22.2% of household net total income, contributed to a reduction of 3.4 pp in the Gini coefficient and 3.3 pp in the at-risk-of poverty rate in 2014.
It should be noted that data on expenditure are definitive, only reflecting adjustments to the provisional ones, released in December 2016; data on total income, poverty and inequality, and basic comfort indicators are reported for the first time.